Child protection again finds itself under scrutiny as a result of the failure to protect girls caught up in a sexual abuse ring. 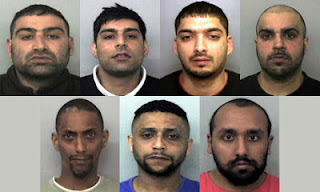 
Some of the girls who have come forward tell stories of classical grooming behaviours that led to them be enslaved within the power of the men who ran the ring. One of the girls gave the British newspaper, The Guardian, an exclusive interview. In it, she states:

She described how the gang began to abuse her when she was 13, plied her with crack cocaine and threatened to cut off the head of the baby she had by one of her abusers if she ever tried to escape them.


What perhaps is most disturbing about this case is that it did not occur without the knowledge of the social service and police agencies. The Guardian goes on to state:

A litany of failings by police and social services had allowed the men between 2004 and 2012 to groom young, vulnerable girls they met on the streets, outside schools and in cafes, entice them with the promise of alcohol and trinkets, and subject them over years to sexual atrocities and torture....


Girl C said her adoptive mother went to social services in 2004 to beg for help. She said: "Mum wrote to all the key people in social services, called her own case conferences, invited agencies and got them sitting around the table, but they just passed the parcel between them – and all the while, I was getting increasingly under the power and influence of the gang."


It is astonishing on one level that this could go on. There will be a Serious Case Review which may help us to better understand why. But there are some common themes arising in this matter. Perhaps the one that stands out for me is the failure of organizations to  collectively gather what was happening and build a coordinated response. Agencies are prone to see problems such as this belonging to the jurisdiction of another. There may well be shared responsibility. Silos in child protection work run directly contrary to the needs of children whose problems and situations often cross mandates of various agencies. Silos are simply dangerous for the well being of children. To illustrate this point, the Chief Constable in Oxford stated:

She said the cases were originally looked at individually. "I don't think we understood the extent that the abuse was systematic and it was organised," she said. "It was only when we sat down, pooled our information with that of the social workers, that we began to piece together the picture which explained what was happening in terms of this criminal network in Oxford."

This raises another area of concern which is looking only at cases in isolation as opposed to looking for the trends.

A fundamental principle of social work is to see the person within an environmental context. That means looking at not only the facts of the particular case but also the context in which the person is operating. In this case, a troubled girl (as she would be in prostitution and drug addiction) but those behaviours do not exist in isolation.

One hopes that the various authorities did not just see a troubled girl and a mother who wasn't an effective parent. Hopefully, the inquiry will also look beyond such possibly narrow views and see why the systems failed these girls.

Finally, one has to ask about leadership. Uncoordinated work such as appears to exist in these cases, will too often be the result of weak leadership both locally and beyond. This includes managers who are not giving the strength of supervision needed for cases like this but also funding and policy issues that make co-ordinating this work challenging. Limited resources tend to narrow the focus of workers to what can and must be done immediately. This is not an excuse but should encourage those that will do the SCR to look beyond the local issues. That too requires leadership.

Posted by Unknown at 8:57 AM No comments: