One might rightly wonder what the US Supreme Court decision on gay marriage might have to do with some issues in child protection. The obvious will be around the legal definition of marriage and thus the legal definition of family. Decisions around parenting, guardianship, adoption, divorce, custody and access as well as child support will all have impacts. Although, as we have seen in Canada, legalization of a union between two people of the same gender has not led to disastrous results in those legal and social police areas.

I am, however, rather disturbed with Justice Thomas' comments in his dissent where he fails, in my view, to understand the impact of trauma. He states: 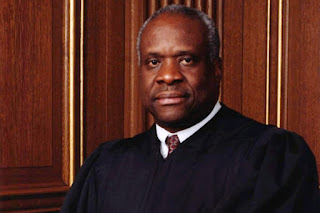 In this, he essentially states that a person can be subject to mass trauma created by the state and still hold  onto their human dignity. This is wrong and I believe that history and science of trauma would support that. The whole purpose of mass incarceration, genocide, stripping people of rights is to remove their sense of worth - their dignity. Certainly some, those with particular resilience, are able to sustain when given ways to heal. But most will be forever impacted by the trauma and their dignity will indeed be fractured.

When we suggest in a justice system otherwise, as Justice Thomas has done, then we remove part of the consideration of the impact of trauma on the victims. That also removes their dignity as it will take vindication that comes with people knowing the truth of the trauma and the effects of it.

Here in Canada, for generations, we have denied that the mass trauma of taking First Nations children away from their families and putting them in abusive Residential  Schools. Through the publication of the recent Truth and Reconciliation Commission Report, we have seen how the dignity of First Nations peoples were destroyed as part of this cultural genocide. That is real. It is by honouring the truth, that dignity can be found again in the person, the community and the culture.

Justice Thomas' statements must be challenged because of the message that they send to justice systems about trauma. I anticipate (or at least hope) that he meant something different but his words are the record.
Posted by Unknown at 8:58 AM No comments:

Paige is a distressing story

The story of how a British Columbia First Nations girl was let down by child protection authorities has been documented in a report by the province's Representative for Children and Youth. It is a hard read. Page after page, you are left wondering how social workers decided to make the decisions they did - leaving this vulnerable child in care situations that were clearly risky; believing that interventions would work when there was little evidence that they would; failing to see the child. As the report notes on p.5, "Professional standards of care were not upheld in how Paige was treated." 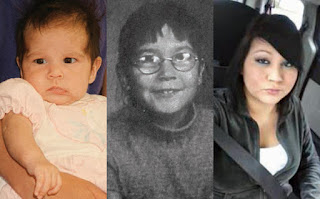 This is a child who was subject to maltreatment throughout her life - from infancy to early adulthood when she would die. In some ways, looking back, you can see that she was destined to die early given the amount of maltreatment in her life. She experienced a number of adverse life experiences (ACEs). The ACE research project shows convincingly, that people who experience three or more of these events, have a dramatically higher rate of illness, addiction, mental illness and early death. Based on what is written in the report, her score may have well been in the range of 6.

It didn't have to be that way. Early intervention could have made a difference in terms of both the quality of her life and its duration. She need not have ended up in the Downtown Eastside of Vancouver - one of the most social disadvantaged communities in Canada.

Having researched hundreds of reports like Paige, I am struck by the similarities of repeating problems including (but certainly not limited to):


The Representative's report states on p. 6:

This is a child who should have been permanently removed from her mother’s care at an early age. She was the subject of no less than 30 child protection reports during her 19 years, involving allegations of domestic violence, neglect and abandonment. Her mother was actively using alcohol and drugs and there were no signs of that behaviour abating. Paige was repeatedly returned to her mother by the Ministry of Children and Family Development (MCFD) despite glaring and unavoidable evidence that this was not a healthy, nurturing or safe environment for any child and wasn’t ever likely to be.

As a result, Paige’s life was a case study in chaos. By the time she was 16, she had moved no less than 40 times, between residences with her mother, foster homes, temporary placements and shelters. After her mother moved them to the DTES in September 2009, Paige lived with her in toxic environments and moved another 50 times, living in various homeless shelters, safe houses, youth detox centres, couch-surfing scenarios, foster homes and a number of Single Room Occupancy (SRO) hotels.


As I noted, I have read quite literally hundreds of these reports from Canada, Australia, the USA, England, Ireland, Scotland --- the themes are painfully consistent. So why is that?

Often we think of systemic problems - poor resourcing, over worked social workers, funding problems, weak supervision of front line managers. These are all true. As a profession, however, we must start to look at the quality of care that we are providing. Ultimately, we are responsible for what we do with a client.

We also need to look at the education social workers receive. How well are we preparing students for the real world challenges of managing cases like Paige? We also need to look at politicians for honest leadership that is backed up with funding, resources and the sense that child protection is a priority as opposed to a service to keep the sad stories in check. Political leadership also recognizes that there are problems which child protection cannot solve - poverty, crime in communities and so on.

As a society, we need to have a longer attention span to these issues. Stories like page hit the headlines, people shake their heads and wonder how such a tragedy could occur, politicians nod and speak of change and then……… nothing. The story fades while the media seeks out the next big tragedy to talk about. The themes are telling about tragedy not about actual real change. When society really pays attention, things might change because then the politicians can expect to be held accountable.