The impact of child abuse - greater than we might imagine

It became one of those quick national stories that flips onto the front pages for a day and is then lost. But that surely should not be the case with this one. A Canadian study soon top be published in the Canadian Medical Association Journal reports on the prevalence of child abuse and mental disorders. The results are profound.

The sample is based on just over 25,000 Canadians in 10 provinces (The 3 Northern Territories of Canada were not included).The authors looked at physical abuse, sexual abuse and exposure to intimate partner violence.  The adult responders reported on experiences before the age of 16.  Here's what they found:

These are quite profound numbers. It is highly probable that this data would be replicated in many Western countries that share similar family and parenting patterns. The costs (emotional, physical and financial) are astounding. Society is also paying a very large price for this through the health care, child protection, criminal justice and education systems. The strongest linkages that the authors found was between exposure to these 3 types of abuse and suicidal ideation, and attempts as well as substance abuse and dependence.

Even more profound is the "…the least severe type of physical abuse (being slapped on the face, head or ears, or hit or spanked with something hard) showed a strong association with all mental conditions in models adjusting for sociodemographic covariates." In other words, even mild abuse has long term implications. 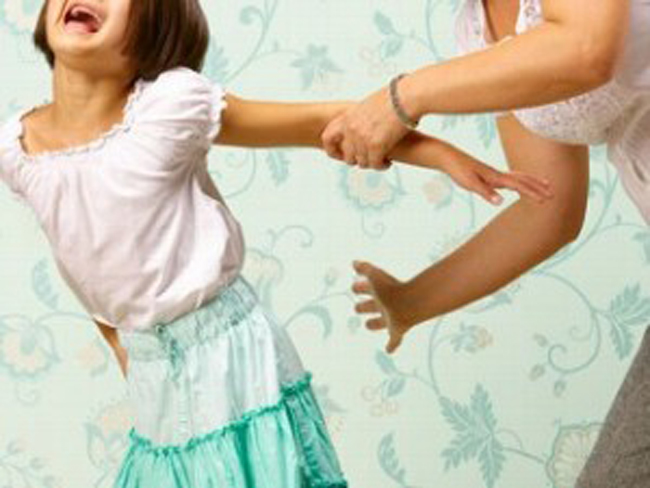 This also brings us back to the spanking debate - minor abuse seems to be harmful. This research comes at a time when a study just published in the Journal of Family Psychology notes that in 73% of the cases where there was corporal punishment, the child misbehaved again within 10 minutes. That research is based on a small sample but it adds the very large body of research that tells us that spanking remains an ineffective form of parenting. The Canadian data also suggests that the impact may be long term and not what most parents would hope for - a greater risk of mental illness.

This research should help social workers and others working with families to underline why other forms of parenting and discipline are better for the child.

Aging out - or being dropped off?

A recent editorial on the US news network CNN spoke about the degree to which youth in child protection care are becoming abandoned as they reach the age of majority. There are certainly significant differences across jurisdictions, but far too often youth are told that, upon reaching that magic age of adulthood, that they must now find their pathway as an adult. Many do so with only scant resources to support the transition, although there are again differences between jurisdictions.

YouTube is full of stories about youth experiences, with many of them negative and disheartening. The CNN editorial offered some data that adds to the dismal picture. 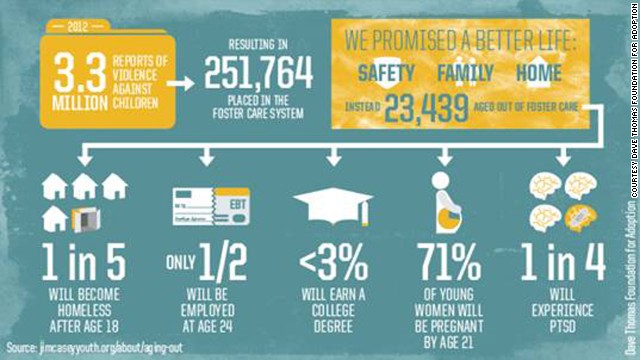 This data mirrors longitudinal studies which have been done in the USA and the UK.

I find myself contemplating the aging out process at the same time as often seeing research and media stories that talk about how the generation presently growing up is living at home longer. They are taking more years to become independent facing tough challenges with employment and the cost of education. Yet we seem to expect that foster youth, who have typically faced significant emotional, mental health and physical challenges, are expected to do so much sooner. Greater disadvantage is heightened by this approach.

To change this requires taxpayers to understand that these youth need longer supports. Yet, they should be keen to offer this support given how much it costs to address the mental health, unemployment, jailing and early pregnancies that occur when supports are pulled before youth are ready to be independent adults. As a society, we are going to pay one way or the other. I suggest that longer supports to help foster youth make into the adult world is the cheaper option - and the more socially responsible one.

We need to get the attention of policy makers on this one.
Posted by Unknown at 5:37 PM No comments:

Email ThisBlogThis!Share to TwitterShare to FacebookShare to Pinterest
Labels: aging out, aging out of foster care

New research in the United Kingdom is helping us to better understand what is most likely to lead to an adoption breakdown. These are tragic situations for both sides. It means that the child is no longer really a member of the family that many had understood at the time of the adoption would be their "forever" family. It also means that parents, who had taken the step of committing to a child, now face the failure which brings with it shame and guilt. There is also a myriad of emotions for the siblings in the family. For those who continue to live in the family, there can also be a sense of relief that problems with the now departed adopted child are gone. This too brings guilt.

The UK study looked at over 37,000 adoptions over a 12 year period. The rate of breakdown was actually low - just over 3%. The breakdowns tend to occur more often in the teenage years, particularly if the adoption occurred after the child was 4 years old. Adopting a teenager was particularly risky for a breakdown.

Some breakdowns were avoided because of the tenacity and commitment of the families - they were just going to get through somehow.

A summary statement about the report is particularly helpful:


Of those children whose adoption placements had broken down, 91 per cent had witnessed domestic violence and 34 per cent had been sexually abused before they were adopted. Mental health problems were prevalent in the children who had left home, with 97 per cent scoring in the clinical range of mental health problems (compared to 10 per cent in the general population) and a quarter had been diagnosed with autistic behaviours.
Violence was a significant factor in the young person leaving their adoptive home in 80 per cent of cases, combined with involvement in crime, life threatening self-harm and running away. Of those interviewed, 27 per cent of parents reported worrying behaviour shown by their child around the use of knives. Services did not know how to respond when it was a young person being violent to a parent. (Source - Science Daily)


This helps to show that what goes on before adoption has real implications for the post adoption reality. It also helps us to see that, when it is clear that a biological parent will not be able to look after their child, that child protection should move towards permanency as quickly as possible with a view to finding a solution that fosters the well being of the child. Kinship care and adoption are options that can do both.

This report also reminds us of the needs for post adoption supports to aid families through the kinds of crisis that can arise as children mature and are faced with the impacts of their pre-adoptoin life.

The use of art for child sexual abuse investigations

Imagine you are investigating allegations of sexual abuse. You want to gain as accurate a disclosure as possible, with as much detail while still trying to ensure that the disclosure is truthful. The gold standard is the NICHD Protocol. But gaining a full picture may be aided by the use of drawing.

Three Israeli researchers have offered some fascinating insights in an article just published online in the journal Child Abuse and Neglect. They speak of the fine line that investigators must walk - gathering reliable information while also trying to focus on the wellbeing of the child. These can appear to be opposing forces. Just being interviewed by a social worker or a police officer can be traumatic in itself. Consider that many victims have been told that the activity must be kept a secret - and now these virtual strangers want you to tell. What an incredible conundrum for the child! 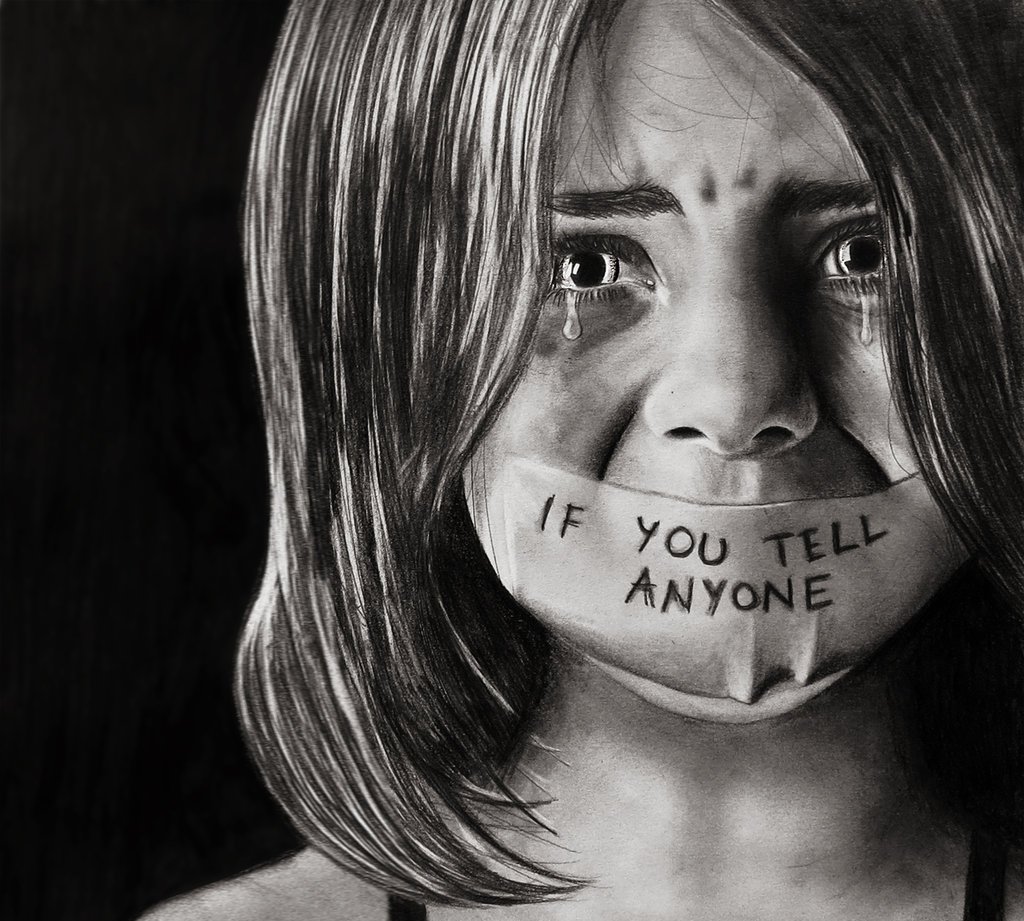 Drawing has been found to aid in recall and to offer richer descriptions of what occurs, particularly for younger children. But as these researchers note, non directed drawing is the way to go. Free recall yields better results as opposed to those that might be in some coached or guided.

These researchers sought to gain an understanding of of the consequences of the forensic interviewing for the child. They looked at before, during and after periods as well as comparing the experience of children who were asked to draw from those who were not. One finding that seemed particularly important is "Apparently during the investigate, drawing gave the children control and strengthened then during the process…" (p.8). The authors go on to say that "Following the interview, in response to free recall invitations, the children used three main words indicating their experiences following the investigation - relief, hope and success." (p.8).  However, children in both groups (whether they had drawn or not) also felt relief from the investigation. Age did not seem to matter suggesting that drawing was also useful for older children.

Succes was found to be more prevalent with children who had drawn.

What this research helps us to see is how important it is to not forget the various ways that children have to tell us their stories but also that their stories matter. We can get caught up in the forensic need to gather information while not giving the child's wellbeing the highlight that it needs.