Youth Today is reporting on a recommendation from a US Federal Commission that:

wants the states to examine all child abuse and neglect fatalities from the past five years as part of a national strategy to end such deaths. 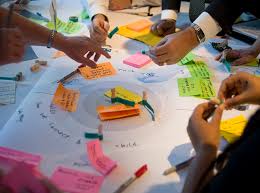 The notion is interesting. Trying to understand what has gone wrong in the past is often seen as a way to help prevent further deaths. Looking into deaths has become common in many countries. For example:

There are other methods as well such as aggregate reviews by third parties along with internal reviews. The latter are not typically made public. The advantage of many review processes is that they are public allowing citizens to feel that there is a sense of accountability.

There are downsides however. There is somehow a feeling that all deaths can be prevented. That is not the case as it is not possible to predict with any certainity who will or will not kill a child. There is also the negative impact that these stories have in child protection practice. In particular is the impact on worker's decision making - they tend towards bringing more children into care in order to not be the worker with the next case on the front page. That may not serve children well.

The recommendation in the United States may not be the best use of resources. There are literally hundreds of inquiries in the western world that show oft repeating patterns of practice errors that contribute to poor outcomes for children. A better use of resources might have been to analyze and learn from those inquires. A next step might be to set up a way to use that knowledge while also setting up methodologies to learn from new cases. Going back over a 5 year period will use a lot of resources and be unlikely to yield information that is different from the existing knowledge base.

By using existing data, there has been an opportunity to reframe how child protection is delivered. This is an opportunity missed. Doing it differently has more promise than spending time looking backward especially when a large database of such learning already exists.
Posted by Unknown at 2:04 PM