Managing the undefineable - the human judgments of child protection

Child protection is the front end of a bargain between a child and society. Essentially, society says that they will leave a family to raise their children as long as they do so safely. The deal with the child is that, if that does not happen, society will protect the child and the child protection authority will act on behalf of society. It's a bargain that we often do not know how to uphold.

To begin with, we lay that bargain out through legislation. Inherent in most such laws is a belief that the family is the root of society and is an institution that requires preservation. In other words, society should intrude into the family only as much as needed to protect the child.

Next comes the decision by child protection to enter the family - but there are certain hurdles:


Inherent in this series of human judgments is defining safety and risk. There are a  multitude of factors that are taken into consideration and the investigator must try to weigh the various options and meaning of the data. Some have suggested that this means structured decisions should be used by entering data into various investigative formats. Yet, in those cases, someone must still find a way to operationalize a way to define and measure safety. Even in cases of structured tools, the front line worker must make meaning out of the data; must find the data; must contextualize the data; must know what to look for and be able to see it. To enter the data they must be able to discern what is in front of them. It is a human judgment process to make meaning out of information even when you enter it into a decision making tool. 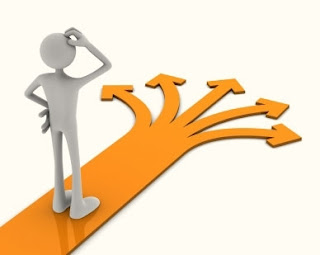 Safety is an incredibly complex concept in which many factors interact in an unpredictable way - parenting, mental health, addiction, community, culture, poverty, housing, schooling, resources, temperament and personality of the child to name a few. The worker has to figure out the interactions. The worker is asked to predict probability for the safety of the child.

The worker is but one of the decision makers. The data gathered by the worker will be presented to a variety of other human judgment makers as the open case moves along - supervisors, colleagues, contracted community resources, lawyers and the courts, for example. Each will weigh the data (which is typically constantly changing) and judge what is and should happen.

The family are also making a series of human judgments - what to tell; what to cooperate or not cooperate around; what to try and self manage; how to interpret the direction of child protection and other parties.

It is a series of human judgments made by many parties with ever changing data that is typically imperfect seeking to predict the behaviour of human beings in an environment where no prediction tool shows reasonable accuracy. No wonder child protection gets things wrong at times - indeed how could they not. So why are we not telling that story?
Posted by Unknown at 12:30 AM